With such a high market share, one of the challenges (before the “sugar tax”) was to drive penetration through harvesting the Traditional Trade channel. Although managing sales in Modern Trade is far more effective, the Traditional Trade has traditionally been an important channel, especially for reaching the core consumer as well as communicating brand values, fostering authenticity and brand loyalty.

As a result, the Brand/Trade Marketing teams developed promotions and dedicated POSM, which turned out to become less effective. Hence, the management team decided to apply more profound shopper knowledge aiming for better use of the available capacities.

The task: Deliver shopper-led commercial standards for the traditional trade

Shopper-led standards are supposed to work two-fold: reducing cost by cutting ineffective POSM & promo spend and even more so increasing sales by driving reach and relevance of all store activities.

Experience with specialised distribution channels in other countries (e.g. Spain, Germany) taught us that consumption & shopping habits of the traditional shoppers adapt relatively slowly. As a consequence, the available “UK shopper insights” did not apply in this case.

A combination of desk research, expert interviews, and market visits enabled us to develop a deeper understanding of the consumption occasions quickly. Furthermore, we understood that – in this assumable homogeneous channel – stores serve various missions (kind of stock-up, big shop, top-up, to go). According to these insights, we differentiated the commercial standards according to missions.

We supported the implementation of the refined standards by full-day training in London. Before the training, we asked the sales team to fill-in a dedicated report for each their store visit. This helped to sensibilize the organisation for in-store execution before we tackled the topic in situ. In collaboration with IK Breier, we developed an interim online reporting tool which allowed the management to grasp regional differences and individual in-store execution levels.

Our dashboards showed – inter alia – that every 3rd placement was located in lower-traffic zones, 6% in the entrance area and only in 20% of stores the sales teams reported at least one secondary placement. Although traditional stores being small by their nature, these figures revealed significant potential for further sales growth. In particular, the regional differences were significant and indicated growth opportunities.

Based on the reporting tool, the UK team was able to propose regional priorities and fine-tune Trade Marketing activities and an SKU strategy for the following years.

Furthermore, we developed a concept for a more sophisticated tool which allows for automatic reporting and combining the commercial standards and the sales data.

Note: The article was initially published on October 17, 2018 via LinkedIn and has been edited for the purpose of our stories.

How to design packaging for maximum shopper impact
Read More 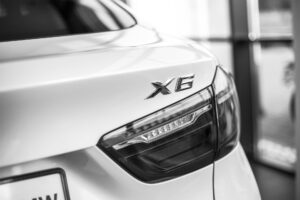 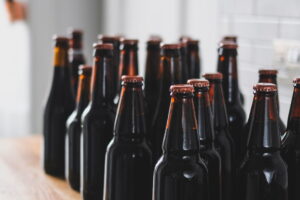 Merchandising guidelines for a UK-based customer
Read More
Contact Us